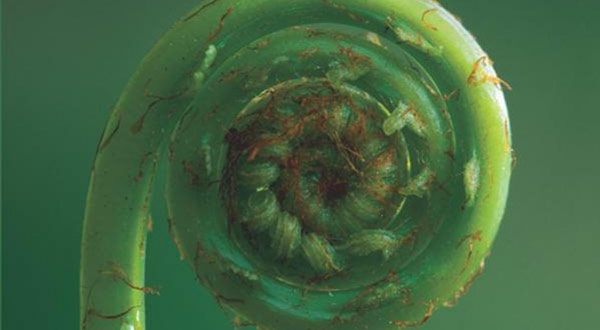 Morphic resonance is a process whereby self-organising systems inherit a memory from previous similar systems. In its most general formulation, morphic resonance means that the so-called laws of nature are more like habits. The hypothesis of morphic resonance also leads to a radically new interpretation of memory storage in the brain and of biological inheritance. Memory need not be stored in material traces inside brains, which are more like TV receivers than video recorders, tuning into influences from the past. And biological inheritance need not all be coded in the genes, or in epigenetic modifications of the genes; much of it depends on morphic resonance from previous members of the species. Thus each individual inherits a collective memory from past members of the species, and also contributes to the collective memory, affecting other members of the species in the future.

Did your pet with dementia regain lucidity before death?

Can you tell whether a house is occupied or not?

Does your cat know who's calling?

This hypothesis was first put forward in my book A New Science of Life in 1981, and discussed in greater detail in my main theoretical work, The Presence of the Past, published in 1988. See Morphic Fields for a general introduction to the theory.

A new fully updated edition of A New Science of Life was published in the UK in 2009 (Icon Books, London) and in the US under the title Morphic Resonance (Inner Traditions International, Rochester, VT). In this new edition, Appendix A PDF

describes the results of experimental tests since the first edition of the book was published in 1981, and discusses ten new tests. In Appendix B PDF

there is a dialogue about morphic fields and quantum physics with the physicist David Bohm.

The Hill Effect as a Test for Morphic Resonance

Plant and animal cells can be grown outside the organism they come from, and some can be propagated in cell cultures within laboratory glassware for years. Through morphic resonance, if some cells from the culture adapt to a new challenge, similar cells should be able to adapt to the same challenge more rapidly even when they are separated.

Can Morphic Fields Help Explain Telepathy and the Sense of Being Stared At?

The morphic field hypothesis proposes that minds are systems of fields that are located inside brains but also extend far beyond them, just as the fields of magnets are both within magnets and extend invisibly beyond them. Morphic fields contain attractors (goals) and chreodes (habitual pathways towards those goals) that guide a system toward its end state. They effect all self-organizing systems, and systems within systems, in a nested hierarchy or holarchy of morphic units. Morphic fields of social groups may help to coordinate flocks of birds and schools of fish, which can rapidly change direction without individuals colliding.

In this paper I discuss the sense of being stared at and telepathy as natural consequences of the hypothesis of morphic fields. Although this hypothesis could perhaps account for clairvoyance, psychokinesis, and precognition, it only does so through chains of additional hypotheses, whereas possible explanations for the sense of being stared at and telepathy emerge naturally and directly from this hypothesis. I also differentiate this hypothesis from other explanatory models of psi and discuss its application to non-psi phenomena, like protein folding, inheritance, collective memory, learning, and navigation in animals.

Ervin Laszlo's concept of the Akashic Field includes the idea of a cosmic memory. This field is a universal field, and Laszlo's (2004) Laszlo, E. 2004. Science and the Akashic Field, Rochester, VT: Inner Traditions International. [Google Scholar] scientific starting point is the physics of the vacuum underlying space itself. A similar idea of a memory in nature arises from the hypothesis of formative causation, with its central concept of morphic fields. This hypothesis arose from biology rather than physics. Morphic fields help to explain embryology, biological development, habits, memories, instincts, telepathy, and the sense of direction. They have an inherent memory. In its most general form this hypothesis implies that many of the so-called laws of nature are more like habits.

Prayer: A Challenge for Science

Since ancient times, a strong and pervasive belief in the efficacy of prayer–for the living and the dead–reinforces the notion that consciousness is not limited to the physical body. Not only do traditions throughout the world share a belief that prayers may in some way help (or invoke help from) deceased ancestors, many cultures throughout history have believed that prayer can bring about changes in the physical circumstances of the living.

An Experimental Test of the Hypothesis of Formative Causation

The hypothesis of formative causation predicts that as animals of a given species learn a new pattern of behaviour, other similar animals will subsequently tend to learn the same thing more readily all over the world, a a result of a process called morphic resonance. The more that learn it, the easier it should become for others. This possibility was tested with day-old chicks using a simple learned response, a conditioned aversion. The test took place in the laboratory of Steven Rose, a sceptic, following a standard procedure used routinely in his laboratory, and was carried out blind by a summer student who knew nothing of the purpose of the experiment nor of morphic resonance. The chicks were exposed either to a test stimulus, a small yellow light-emitting diode (LED), or a control stimulus, a chrome bead. Half an hour after pecking the stimulus, the control chicks received an injection of saline solution, and the test chicks an injection of lithium chloride, which made them mildly sick. They were then tested three hours later, each chick being exposed sequentially to the control and the test stimulus, when most test birds were averse to pecking the yellow LED, but not averse to pecking the control bead. The response of the chicks was measured by recording the latency, the time delay in seconds before they first pecked the stimulus. The same experimental procedure was repeated for 37 days. If morphic resonance were occurring, successive batches of chicks should have shown an increasing aversion to the yellow LED, even in the initial training procedure, by morphic resonance from their averse predecessors. The controls should have shown no such increasing aversion. I think the results are consistent with such an effect, which shows up with a high degree of statistical significance (p < 0.01) when the aversion to the yellow bead is measured relative to the control. Rose disagrees with this interpretation.

Ranchers throughout the American West have found that they can save money on cattle grids by using fake grids instead, consisting of stripes painted across the road. Real cattle grids, usually made of a series of parallel steel tubes or rails with gaps in between, which make it physically impossible for cattle to walk across them. However, cattle do not usually try to cross them; they avoid them. The illusory grids work just like real ones. When cattle approach them, they "put on brakes with all four feet", as one rancher expressed it to me.

Mind, Memory, and Archetype Morphic Resonance and the Collective Unconscious - Part I

In this essay, I am going to discuss the concept of collective memory as a background for understanding Jung's concept of the collective unconscious. The collective unconscious only makes sense in the context of some notion of collective memory. This then takes us into a very wide-ranging examination of the nature and principle of memory-not just in human beings and not just in the animal kingdom; not even just in the realm of life-but in the universe as a whole. Such an encompassing perspective is part of a very profound paradigm shift that is taking place in science: the shift from the mechanistic to an evolutionary and wholistic world view.

This is the third in our series of essays by Rupert Sheldrake on the implications of his hypothesis of Formative Causation for the psychology of C. G. Jung. The intense controversy this hypothesis generated with the publication of his first book, A New Science of Life (1981), has stimulated a number of international competitions for evaluating his ideas via experimental investigations.


Related Research by Others

Sheldrake's paper claims that the results of the experiment which we jointly planned, and which was conducted by myself and Ms Harrison, are in conformity with the hypothesis he describes as "formative causation". Before demonstrating that Sheldrake's interpretation of these results is invalid, and that they by no means confirm his hypothesis, I wish to comment briefly on the background to the experiment. His book A New Science of Life seemed when I first read it, and still seems, to propose an entirely empty hypothesis. The circumstances in which novel hypotheses (paradigms) become important in science have been well described by Thomas Kuhn; they emerge when there is an accumulation of observational anomalies which existing hypotheses cannot account for, or when a theory becomes excessively cumbersome and "inelegant" and the alternative seems to handle the same material more coherently. To Kuhn's account we can, at least in the particular context of the present discussion, add the well-worn view that to have utility, a hypothesis should be capable of disconfirmation.

This paper examines the central theoretical concepts in the work of Rupert Sheldrake. The first section examines Sheldrake’s account of morphic fields and questions whether difficulties arise when these concepts are extended upwards from the biological level. The second section reviews Sheldrake’s concept of extended mind and considers the criticism that it is reductionist about mentality. In considering both of these criticisms it is argued that Sheldrake’s theories can be taken in a reductive direction, but need not be. The third and final section draws on the work of Joseph Bracken and David Ray Griffin to suggest a panpsychist metaphysics of field as one possible way that Sheldrake could sidestep these dangers and strengthen his approach. 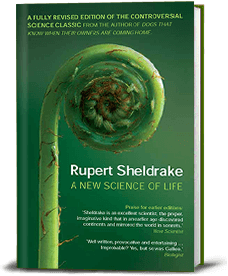 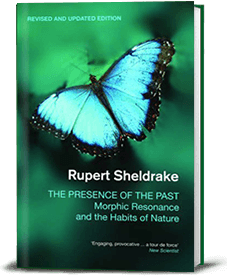 IGEEM, sponsored by Donna Eden, is a gathering of leading-edge thinkers exploring the powerful effects of energy on our bodies, our consciousness, and our world.