The Sense of Being Stared At: And Other Unexplained Powers of Human Minds 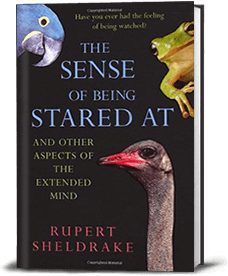 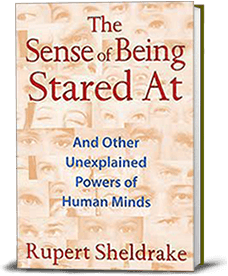 In The Sense of Being Stared At Rupert shares years of research into telepathy, the power of staring, remote viewing, precognition, and animal premonitions. Drawing on more than 5,000 case histories, 4,000 questionnaire responses, and the results of experiments on staring, thought transference, phone telepathy, and other phenomena carried out with more than 20,000 people as well as reports and data from dozens of independent research teams, Rupert shows that these unexplained human abilities — such as the sense of being stared at — are not paranormal but normal, part of our biological nature.

He reveals that telepathy depends on social bonds and traces its evolution from the connections between members of animal groups such as flocks, schools, and packs. Rupert shows that our minds and intentions extend beyond our brains into our surroundings with invisible connections that link us to each other, to the world around us, and even to the future.

First published in 2004, the US edition was updated in 2013 with new findings.

"Important, thought-provoking, and exciting. Sheldrake's combination of good science with an open mind and his willingness to dig deeply where others fear to tread makes for a fascinating, un-put-downable read." — Graham Hancock

"Sheldrake's genius lies in his taking well-attested anecdotal phenomena like telepathy, the sense of being stared at, and anticipating alarm calls and putting them to the scientific test. In doing so his work not only extends — indeed stretches — the mind, it also extends science in a new and creative direction." — David Lorimer

"... a new vision of human potential based not in fantasy but in cutting-edge science. This will prove to be one of the most important books of the 21st century." — Larry Dossey, MD

Rupert explains the sense of being stared at on
Through the Wormhole, with Morgan Freeman