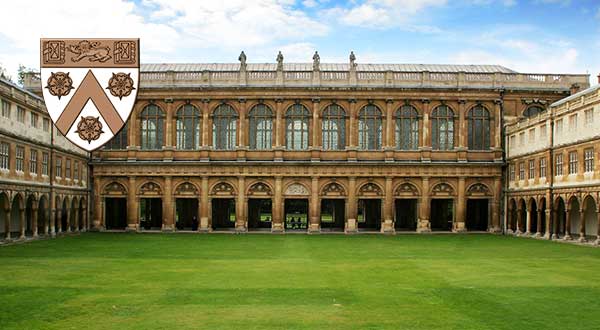 In 1937, as a memorial to F.W.H.Myers, who had been a Fellow of Trinity College and a founder of the Society for Psychical Research, Frank Duerdin Perrott made a bequest to the Master and Fellows of the college "absolutely for the purpose of psychical research". He defined psychical research as:
"The investigation of mental or physical phenomena which seem prima facie to suggest (a) the existence of supernormal powers of cognition or action in human beings in their present life, or (b) the persistence of the human mind after bodily death". In 1956 the fund was increased by a further bequest from Frederic Walmsley Warrick.

In its early years the fund supported a studentship, and among the beneficiaries were Whateley Carrington, S.G. Soal, and Trevor Hall. When the fund was increased, a series of lectures by Professor C.D.Broad was organised, and subsequently the fund supported many students doing research for PhDs. These included Carl Sargent, Richard Broughton, Chris Roe and Adrian Parker, most of whom are still working in psychical research today. In recent years, fund management has considerably increased the amount of money available. In 1992 the selection was given to Darwin College and Nicholas Humphrey was appointed as a Senior Research Fellow. After that the Electors at Trinity College resumed the task of selection and in 1995 appointed Richard Wiseman at the University of Hertfordshire, followed by Professor Deborah Delanoy, of University College, Northampton. Rupert Sheldrake was appointed Perrott-Warrick Senior Researcher in September, 2005.